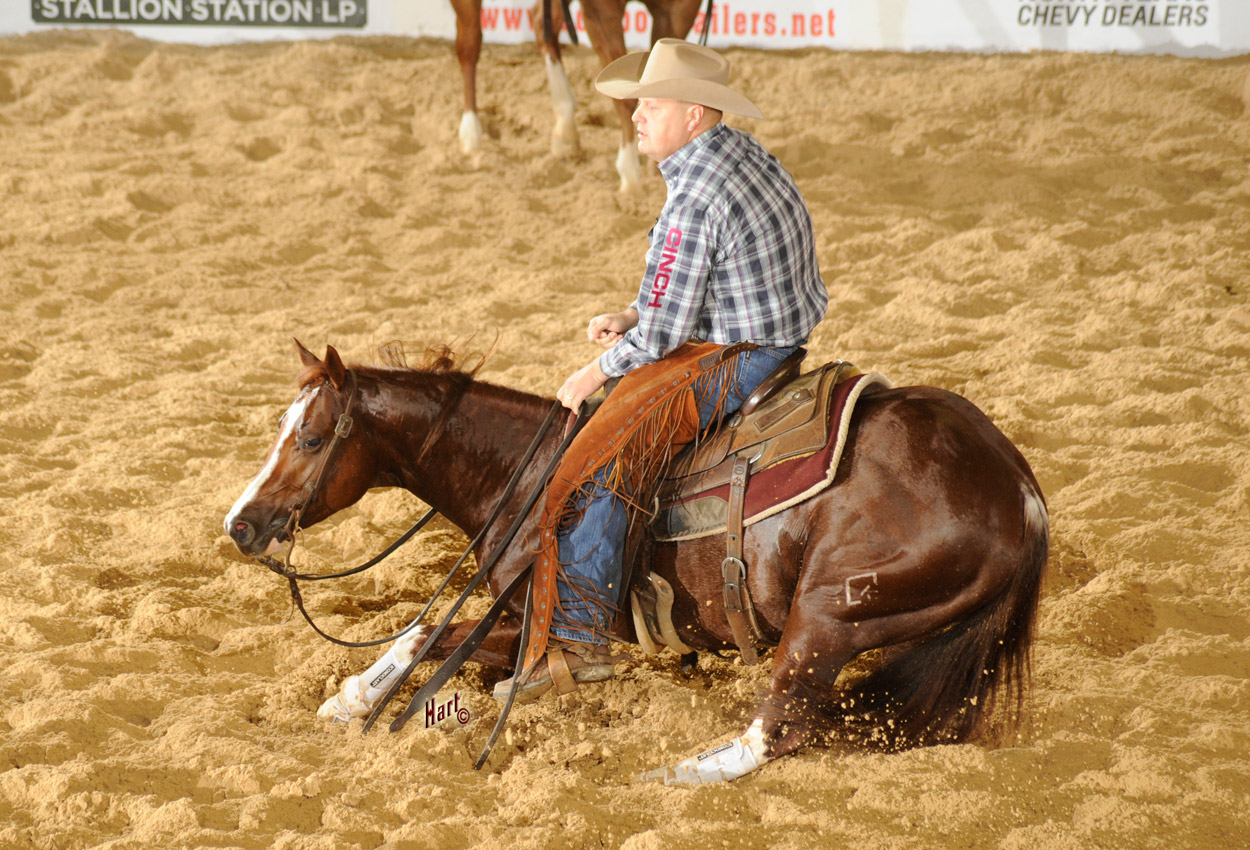 In 1970, Doc O’Lena became the first horse to make a clean sweep of the National Cutting Horse Association (NCHA) Futurity Open preliminary rounds, semifinals and finals. Since then, the feat has not been repeated. But on Dec. 10, Dual Reyish carried Austin Shepard to the Futurity Open Championship, their fourth victory in a string that has extended throughout the show.

In the first go, they marked a 222.5 to top the round. They followed that up with the second-highest score in the second go, a 220, which boosted them to the highest composite score between the preliminary rounds headed into the clean slate semifinals. There, they again took the lead, scoring a 223. But in the finals, the duo laid everything on the line to mark a 228, which claimed the Championship.

“It went good. He’s a really good horse, and everything kind of fit,” Shepard said with a smile, crediting Kade Smith, who raised and started Dual Reyish, for much of the stallion’s abilities.

“About 10 years ago, Don Ham and I were sitting there one night buying show pigs online. I was at their breeding facility, and there’s a picture of High Brow CD. We were watching him online, and I told Don, ‘If you ever find a horse that good like that, I’d definitely be interested,’” Wolf said. “It’s [Cutting] interesting to me. It takes a lot of different things to make it happen – a good trainer, a good guy to put it together, a good athlete.”

While Shepard and Dual Reyish went home the victors, the other competitors weren’t willing to just hand over the title without a fight. The Animal (Cat Ichi x My Little Abra x Abrakadabracre) and Lee Francois were 2.5 points behind with their score of 225.5, ultimately settling for Reserve. Owners Richard and Beth Carney, of Kemp, Texas, banked $169,404.